In this article, I’ll explore the best weightlifting movements for CrossFit athletes. I’ll also explain the difference between Olympic weightlifting and CrossFit. To get a complete idea, let’s start from the beginning.

What is Olympic Weightlifting?

Olympic weightlifting is an old sport that is based on the use of a barbell to carry out certain movements. The two main weightlifting movements are the snatch, and the clean and jerk. This is an old Olympic sport that’s recently gained some newfound interest. Olympic weightlifting focuses mainly on building power and speed. The athletes must move heavy weights as fast as they can in the required way. It’s similar to powerlifting but slightly different when it comes to fitness goals.

CrossFit involves movements from several different sports to focus on building general strength and fitness. Whereas weightlifting only focuses on building strength and power, CrossFit is much more versatile. It borrows from sports like gymnastics, powerlifting, weightlifting, and endurance training. CrossFit workouts can be quite diverse depending on your personal fitness goals.

Do weightlifting and CrossFit go together?

If you’re a CrossFit athlete looking to add weightlifting to your routine, it’s advisable that you treat it as separate from your regular conditioning workouts. Learn how to do these drills and master them separately before you incorporate them fully into your WODs. For example you should master the clean and jerk first before attempting a conditioning workout like “Grace” – 30 clean and jerks for time. This helps ensure that your form and technique are on point to give you the safest and most effective workouts.

If you want to combine Olympic lifting and CrossFit in the most efficient way possible, I advise you to check our OLYMPIC CONJUGATE CROSSFIT program. This program focuses on building strength in the Olympic movements using the Conjugate system, combined with CrossFit conditioning workouts.

Here are five common Olympic lifts and variation you can to take your training to the next level. If you want to add speed and explosive power to your list of abilities, here are some drills for you.

The clean and jerk essentially comprises of three different exercises: a deadlift, a clean, and an overhead press. It starts with your barbell over your shoelaces and your arms gripping it at shoulder length. This is your starting position. The next move is the deadlift part of the exercise. Lift the barbell up slowly, and as the barbell gets to your hip, generate as much explosive power as you can to lift it up by driving your elbows and catching it on your shoulders, just beneath your beard. You can then complete the move by pushing the barbell upwards as far as you can.

Thrusters are another compound exercise that’s very popular among CrossFit athletes. You start by holding in the front rack position across your shoulders and you’ve dropped to a squat. Make sure you’re gripping the bar tightly and maintaining proper form. Next, generate as much power as you can in your legs and hands to push yourself upwards until you’re standing upright and holding the barbell overhead as high as you can. Watch how to do it here.

A snatch grips is often used, though this might change depending on the purpose, the athlete’s mobility, and their strength. The goal is to position the barbell such that the biceps are parallel to the ears and the back of the neck is covered. The elbows should be straight, the ribs drawn in, and the wrists should be slightly stretched. This is your starting position.

With the barbell over your head, drop into a squat. Maintaining your form, push upwards until you’re standing, then drop back into a squat. There are other variations of the squat you can do, but we’ll stick to the overhead squat here.

Everything begins with the grip. The bar should remain above the shoelace and the thumbs should be hooked. Next, exert pressure on the front, center, and back of the foot. As you start to pull, the knees are pushed back. The shin should be vertical when the bar is directly below the knees. You might notice the bar is still over the shoelaces at this point when it passes the knees and the knees begin to move forward. Then bring the bar onto your hip. This is where the explosive power and speed is generated. Lift the barbell while spinning your elbows and initiate the catch. The catch means pulling yourself under the barbell into the squat and catching the with arms locked out as high as possible. Here is how it looks.

A cluster is essentially the combination of a clean and a thruster, two movements we’ve already spoken about in this article. The clean is the first part of the drill. Start with the barbell on the floor just above your shoelaces and grip tightly at about shoulder length. Lift the barbell up until it gets to your hip, then explode upwards. For a regular power clean, you’d catch the barbell on your shoulder with your knees slightly bent for balance. In this case, you must drop into a squat.

Once descended into a squat, you must then apply the movements of the second part, the thruster. Generate as much power as you can in your legs and push upwards until you’re standing straight and holding the barbell overhead.

How to Improve Your Lifts

If you’re trying to add Olympic lifts to your workout routines, here are some tips on getting the best out of your lifts…

The secret to progressing is mastering technique before adding intensity. This will keep you safe and seeing results for years to come. You have to crawl before you can run!

Use Programs Focused on Olympic Lifting

The most effective way to get the best out of your lifts is to follow a program written by professionals focused on Olympic lifting. These programs will offer you the opportunity to work with others like yourself. You also get to grow under a mentor who can help answer your specific questions. Find the perfect lifting program for a CrossFit box here. Also, resist the urge to mix and match programming from different programs!

Accessories like wrist wraps, lifting belts, and CrossFit grips will give you all the support you need. They’ll help improve your form, secure your grip, and protect your back, among others.

Focus on your mobility

Olympic Weightlifting is a very demanding sport from a mobility standpoint. If you are serious about progressing you need to focus on your mobility. You’ll find exercises focusing on this is the warm-ups of our programs, and cooldowns as well.

CrossFit and Olympic lifting can be combined into into one training program provided it’s done strategically, as has been outlined in this post. As long as you master the basics of form and technique properly, you’re good to go. So master the form and technique of weightlifting first, then you can add them to your WODs. 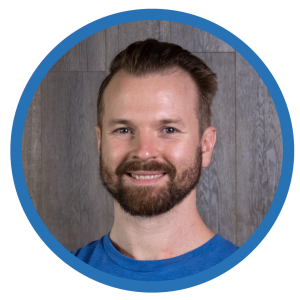